Former Chief of Police Peter de Witte’s stupidity is legendary, but this is not about that time he let those brothel girls into his home, and allowed them to see him use the combination to his safe. While he was giving a press conference the next day, assuring the St Maarten public that he was doing a great job at cleaning up the criminal mess in St Maarten, the hookers were at his home robbing him. The Chief of Police only admitted publicly that they got into his safe and stole his gun, but according to his angry mistresss they stole over $30.000 dollars and more. But as Chief of police he would have had to explain where he got the tens of thousands that were stolen from his safe, so he conveniently kept that to himself.
Basically, one of the Chief’s mistresses was really mad at him, well because of all the whores, but that’s not what this blog is about.
This blog is about the latest KPSM Press release, where they are encouraging the St Maarten public to come to a seminar where they will teach them how to protect themselves from Cyber crimes.
First of all, my dear St Maarten people, do NOT let criminals teach you anything, unless you intend to get into the occupation of crime.
Secondly, according to top Detectives such as Gerald Van Dam, Peter de Witte’s former #2 They have no knowledge of the internet, social media or how it works.
He told me this as he was interrogating me about cyber crime, at the same time that they were killing my rescued animals to coerce me into a confession into something I had not done. 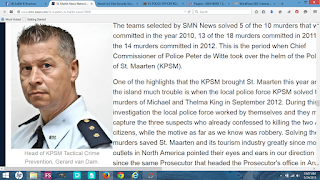 It was Chief of Police Peter de Witte AND his #2 Detective Gerard Van Dam who attempted to bribe me with $1000 dollars to stop me from blogging about the activities that they and their department were up to.
If you are wondering, yes I do have the evidence of the attempted bribe. Gerard Van Dam also told me as he interrogated me that if I showed his and Peter de Witte’s SIGNATURES proving the attempted bribe on the documents they asked me to sign, then he would sue me in court, for breaking the conditions of the documents.
I had to laugh in Detective Van Dams face.
Chief Peter de Witte and Detective Gerard Van Dam had me come to the station to discuss compensation for the cameras that Officer Van de Schaap had broken.
When I got there, they took me into an office, and handed me $1000 cash, and documents to sign, stating that it was compensation for the broken equipment.
I lived in the USA for many years, so it was not weird to me that the police department would compensate for damage that they had done, after all, they were liable.
It was AFTER I signed the document, Chief of Police Peter de Witte signed it, and my chief interrogator when they arrested me Gerard Van Dam signed it… THAT is when they tell me that it is NOT legal, and I cannot write or speak about it.
But I was RECORDING THEM, because I don’t trust the police.
Then after they arrested me, and searched for the documents all through my house, dumping cat litter, and everything everywhere, I’m being told that they are going to SUE me, because I disclosed their confidential agreement with me!
Do the Dutch send their DUMBEST to the islands, to get rid of them and to bring up Holland’s per capita IQ?
I DARED Van Dam to sue me over an ILLEGAL contract!.
You CANNOT bind anyone to a contract that is not legal. And as soon as him and the Chief handed me the cash, and told me that I couldn’t talk about it because it was illegal, I just smiled inside….
Within an hour of me posting this blog, https://sxmgovernment.com/2015/06/29/dutch-investigators-need-to-do-a-full-investigation-of-the-kpsm-police-dept-abuses-human-rights-violation-corruption-and-more/
Peter de Witte’s #2 was at my house with over 15 officers to arrest me. They arrested me, trashed the house. They shot my dog in the yard, according to the neighbors, Officer Felix Richards was the killer. They then killed the cats they could catch…
There are many people who believe….PaasHaas… that they have gotten away with something. I guarantee them, they cannot even grasp how karma will remain with them and theirs for the rest of their lives.
This will be continued 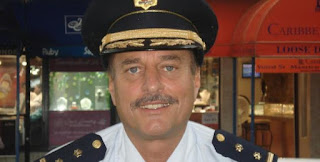